One of the protests against allowing more housing construction is that supply and demand has failed – that developers only want to build luxury units or that the global elite will invariably buy all the new supply anyway.

This is based on the misconception that we’re having a housing boom. But that’s not the case; LA, and California in general, haven’t had anything resembling a construction boom since about 1990. In reality, housing construction is very limited; it’s being restricted by zoning and permitting laws. Because developers can only build a few new units, they’re building luxury, since that’s the most profitable.

One of these vehicles offers the possibility of huge profits off rich d-bags. The other one, not so much.

Current affordable housing policy is akin to requiring that a certain percentage of Lamborghinis be sold to a lucky few people at a huge discount. It should be obvious that we can’t solve society’s mobility problems by trying to ensure that everyone gets a $250,000 car. We don’t need subsidized Lamborghinis, we need Honda Civics. Trying to give everyone a Lamborghini would cost way too much. (And if Chris Brown is in your Lamborghini, that’s another major problem.) 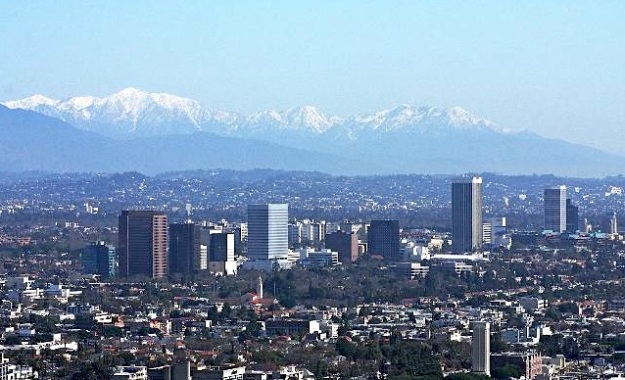 One of these views is from Century City and worth millions. The other one, not so much.

The global elite argument really falls apart here. The global elite might buy a lot of luxury apartments and Maseratis, but they’re not going to buy Honda Civics or new dingbat construction in Pacoima.

Now, maybe you genuinely don’t think the market can produce enough Honda Civics for everyone. Fair enough, we can argue that point. If you don’t think the market can produce enough housing for everyone, we can debate that too. But you need an alternate solution: massive government housing construction, housing societies like Hong Kong, something. Otherwise you’re just arguing to save the privilege of those lucky enough to already live in LA (or SF, or NYC) at the expense of people living in Lagos or rural Appalachia or San Salvador, who would very much like to take advantage of the opportunity for a better life offered by the city.